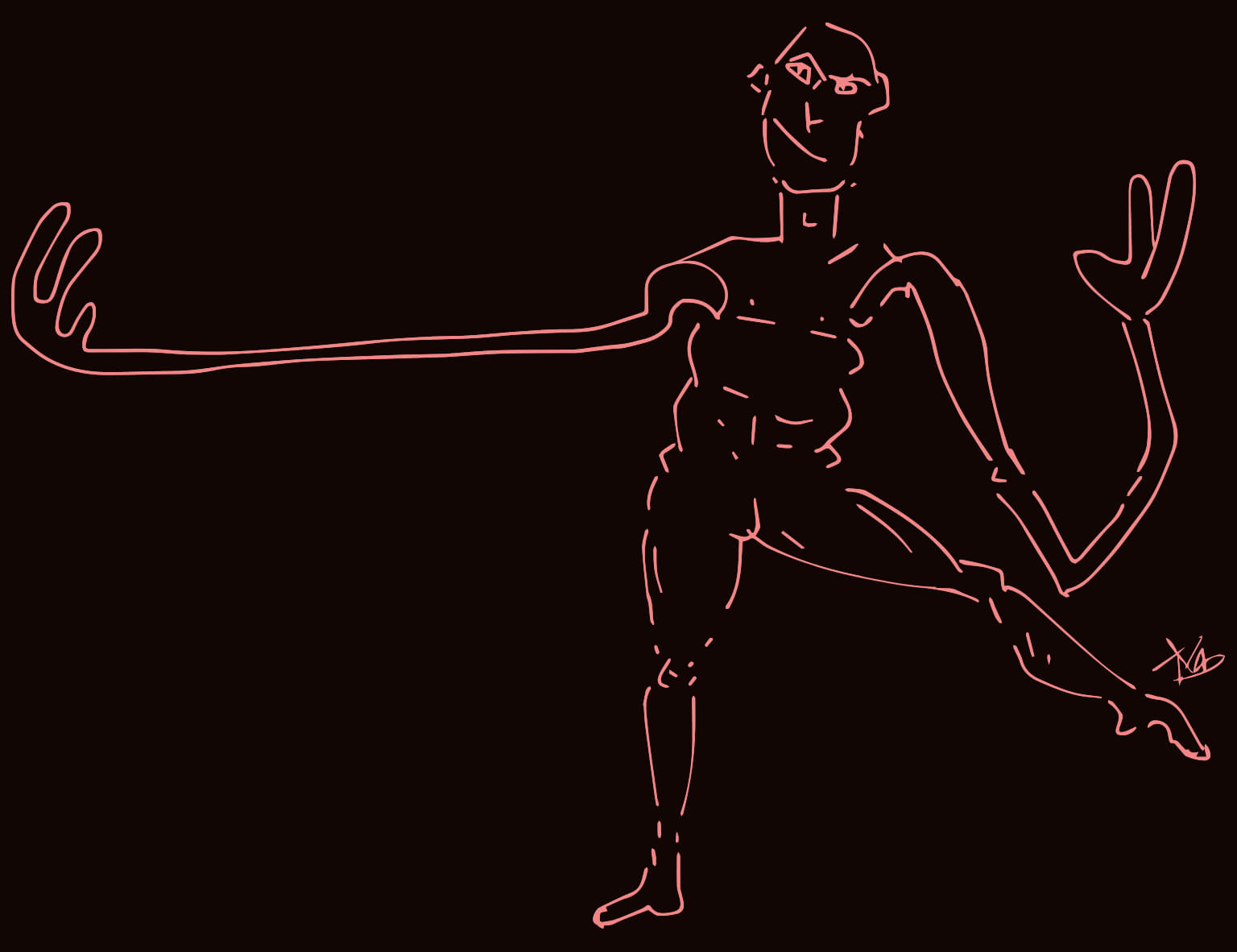 The company portrays on stage the places we go within ourselves and do not tell about: the desires we hold down, the struggles we hide subtly, in gusts of ups and tumbles. A portrayal of intimacy so finely nuanced it could only be called post-modern romanticism.

KEITH JOHNSON/DANCERS dares to mine the impossible, to shuffle bodies with a process that precipitates astonishing grace and even unthinkable flight, and to dream of forms and motions that conjure within the viewer knots and whirls. These stirrings leave an imprint within one’s self of a possible past, inviting rich empathy if not direct sympathy, like a warm hand on your shoulder suggesting, “ someone can imagine what you’ve felt and meld it into flesh and sweat and place it right before your eyes, allowing you to breathe in humanity as you watch each moment, spellbound.” Ultimately, each gem glistens with the luster of humanism.

KEITH JOHNSON/DANCERS was established in 1998 In Los Angeles, California by Keith Johnson. Keith received his MFA from the University of Utah.

Keith’s choreography has been commissioned by The Ririe/Woodbury Dance Company, D9 Collective, Sierra Repertory Dance Theatre as well as universities and solo artists throughout the United States. Keith has received The Dee R. Winterton Award For Excellence in Dance, Most Valuable Professor in The College of The Arts at CSULB, and Lester Horton Award for Outstanding Choreography (Long Form) in 2007, Outstanding Choreography (Small Ensemble) in 2008. Keith was honored with the Distinguished Alumni Award from the Department of Dance at the University of Utah in 2012/2013.

He continues to teach and choreograph both nationally and internationally, and is the Co-Founder and Co-Director of Fist Bomb Films.

Panoramic Throat was inspired by landscapes, soundscapes, and images of memory.

Mercy, Mercy Me was inspired by ideas of transcendence and forgiveness. Mercy, Mercy Me premiered at the The Brockus Studio In Los Angeles, California on May 9, 2017 with Summer Brown, Bahareh Ebrahimzadeh, and Katie Istvan.

Bodies Matter was created at the Djerassi Artist Residency in 2015. It was created to commemorate and bring awareness to the AIDS epidemic.

Sea of Possibilities was inspired by the art of Pierre et Gilles, the subculture of the late 70’s and early 80’s in America , and the 1982 film Querelle.. Sea of Possibilities premiered at the Center For Performance Research in Brooklyn, New York on December 9, 2014 with Joey Navarrete and Andrew W. Palomares.

A dance that was part of the Ririe/Woodbury 50th Anniversary Season that celebrated and remembered the lives of Robert Martinez, Paul Callihan, Lynn Walter Topovski, and Dennis Wright. All four men died of AIDS complications. This quartet also included a film by Gregory R. R. Crosby.

Inspired by the music and writings of Rachel Kann, this duet examines the hyper-sexuality of gay men. It was commissioned by Loyola Marymount University and represented by the Baja Region at the National American College Dance Festival at the Kennedy Center. The dancers received the Outstanding Performance Award in Washington D.C.

A full evening 70 minute work that brought to a close a particular era of dancers in Keith Johnson/Dancers and the dynamics of letting go and moving forward in new directions. This dance included film work by Gregory r. R. Crosby and was nominated for a Lester Horton Award for Outstanding Choreography (Long Form).

A quartet that explores ideas of repression and sexuality throughout various time spans. This dance represented the Baja region at the National American College Dance Festival at the Kennedy Center.

The morning after an elegant party is examined and the beauty of human faults and flaws are celebrated. This dance was commissioned and funded by Scottsdale Community College and the Dance USA Foundation.

A quartet using an improvised piano score and was inspired by the journals of Kurt Cobain. This dance received a Lester Horton award for Outstanding Small Group Ensemble.

A dance in three sections celebrating the lives and struggles of three American women who are personal friends of mine. This dance won two Lester Horton Awards; one for Outstanding Set Design for Rogelio Lopez, and the other for Outstanding Choreography (Long Form).

Inspired by the Dust Bowl era and those couples who remain together throughout many trials and tribulations.

A duet about a failed relationship as remembered through the clothing the couple wore during their relationship. This dance was co-created with Colleen Thomas.

A non-narrative uncovers the secrets hidden within a dwelling and the memories that it evokes.